Well it’s that time of year again, peace and good will to all men, lets face it two impossible concepts. Firstly the peace bit, while we all wish for it, realistically it ain’t going to happen while there are twits with guns who don’t think you should be allowed to have a point of view and secondly because its very hard to wish good will on the twits with guns. But there are nice people in this world and I went for a walk with one of them on Christmas Eve, namely my pal Nick. I was taking Millie for a walk over at Castle-upon-alun and parked up by Nick’s house just as he was about to take his dog Bella for a walk, so we went together (safety in numbers as there are twits with guns in Afghanistan don’tcha know). The weather has been so wet the past week or so that the river Alun and every other river in the country have burst their banks and flooded their surroundings, well we got down to the river the day after the worst (it was approximately 1.20m lower than the day before). 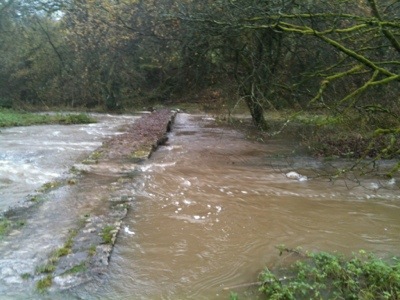 Right then Christmas dinner, we had pheasant. I think Pheasant Grenoble Is one of the tastiest pheasant dishes there is:

Right make a stuffing of 300g of chopped walnuts, 250g fresh breadcrumbs soaked in milk and squeezed, 120g fine pâté (suit yourself which one), a glass of cognac, one beaten egg and salt and pepper. Stuff two pheasants with this.
Heat 50g of unsalted butter in a heavy casserole dish and really brown the pheasants all over, put a couple of strips of nice thick bacon over each bird, add a large chopped onion, large copped carrot and a bouquet garni to the pan and pop into a hot oven for about 35 to 45 mins until really coloured, then cover, reduce the heat and cook for another 45 mins. 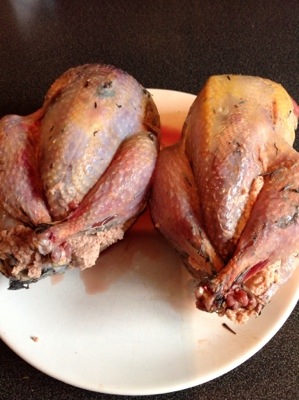 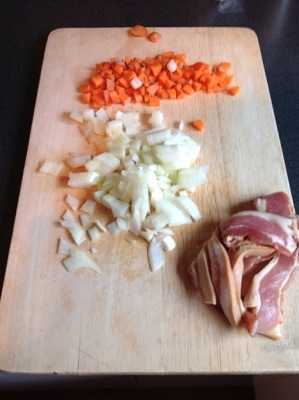 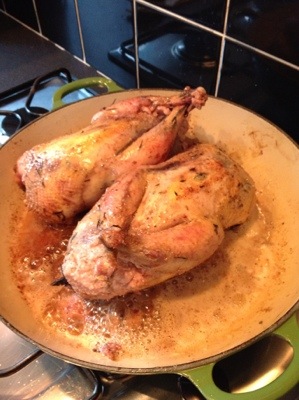 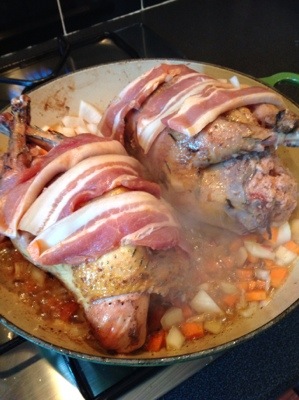 Remove the bacon from the birds but leave it in the pan, remove the lid and pop back into the oven for another 10 mins, remove from the oven and flame with a glass of cognac. Remove the birds and let them rest, meanwhile add some flour to the pan juices etc and mix in then add some (either potato, carrot, pea etc) water to the pan and heat to thicken, stirring all the time, strain (if you wish) and serve as a sauce/gravy. 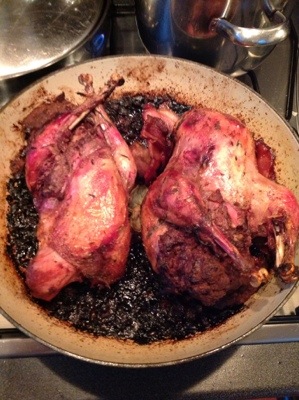 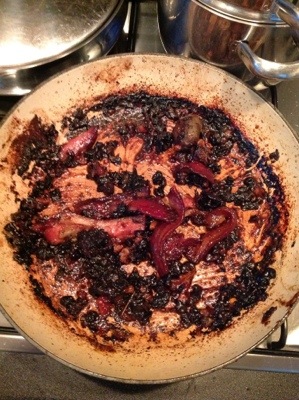 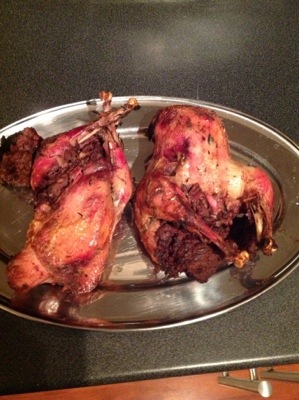 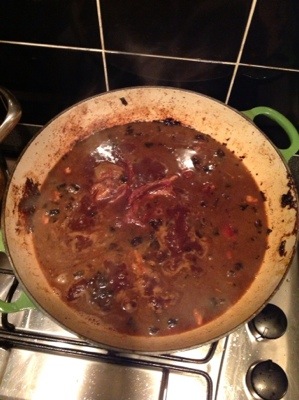 Serve with game chips, roast parsnips, carrots and peas, I also did boiled potatoes and a red cabbage dish (more another time).
This dish deserves a really good French red. 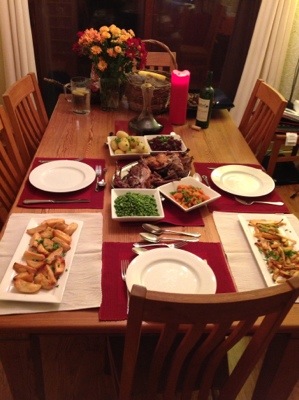 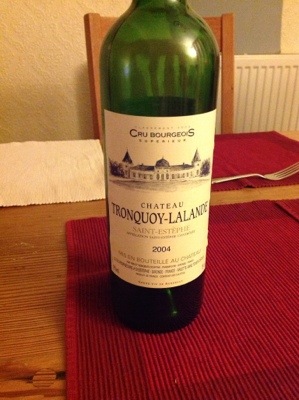 Well son of Angry Cook had a cocktail shaker for Christmas, so far I’ve had both gin and vodka martinis, a whiskey sour, a Bloody Mary and a mojito, keep em coming. 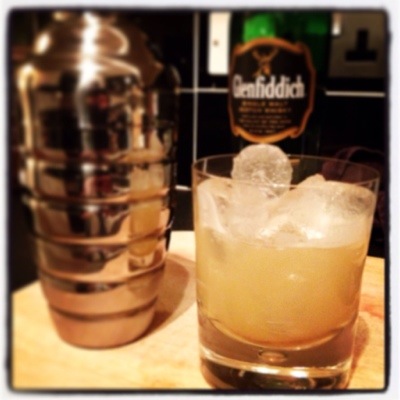 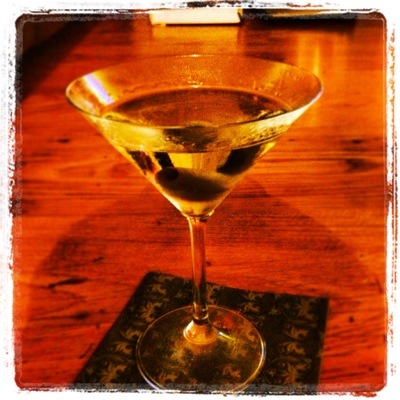 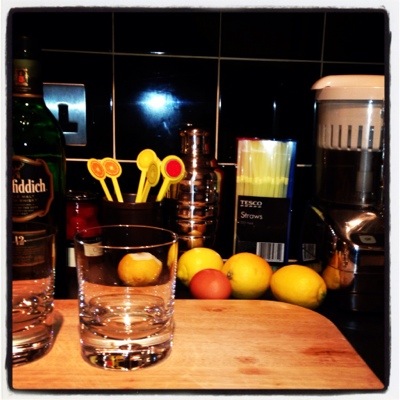 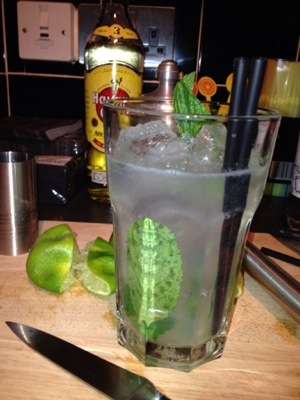